I’ve Got Your Back

Home > Leadership > Products > I’ve Got Your Back

If Jesus wrote a book about leadership today, he would tell a story.

That’s what the author decided when he tore up his first draft. Instead, he wrote a parable about four twenty-somethings who are having major problems with bad bosses. Jack Hendrickson, a retired Army Special Forces Sergeant and former missionary, begins to teach them Biblical principles about leadership and when they put it into practice at work…it makes their lives worse!

Experienced leaders are calling I’ve Got Your Back a landmark book to help next generation leaders with a Biblical foundation for leadership. Many talented young people have been victims of follower abuse. They don’t want anything to do with leadership positions. Some have issues with authority and need guidance to heal. Galvin writes about a new kind of leader the world is desperate to follow.

At the end of the parable, the author outlines Biblical principles of followership, as well as leadership, because everybody needs to learn how to lead and follow well. 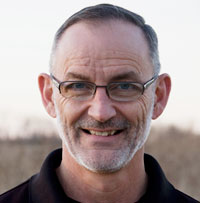 Jim is an organizational consultant specializing in strategy, effectiveness, and change. He is relentlessly focused on releasing the potential of leaders and organizations. His client list spans a wide variety of organizations including foundations, associations, universities, agencies, ministries, congregations, denominations, and businesses.

Jim holds the Doctor of Education degree in Curriculum and Supervision from Northern Illinois University, where the faculty nominated his doctoral research for the prestigious Dissertation of the Year Award. He holds the Masters degree in Christian Formation and Ministry from Wheaton College where he also completed his undergraduate work in Christian Education.

As an author, Jim has written many best-selling books and instructional resources. He has won the C.S. Lewis Medal Award for Children’s Literature three times and has been honored by the ECPA as a Gold Medallion Award finalist fifteen times. His products have been translated into more than thirty-seven languages around the world. He is most well known as the co-creator and co-senior editor of the best-selling Life Application Study Bible.

Jim lives in Elgin, Illinois with his wife Kathleen. They have two adult children. Their son works as an audio engineer and their daughter as a graphic designer. Jim serves as the Chair of the Board for the Caspari Center in Jerusalem which takes him to Israel frequently.