Hope for the Second Generation 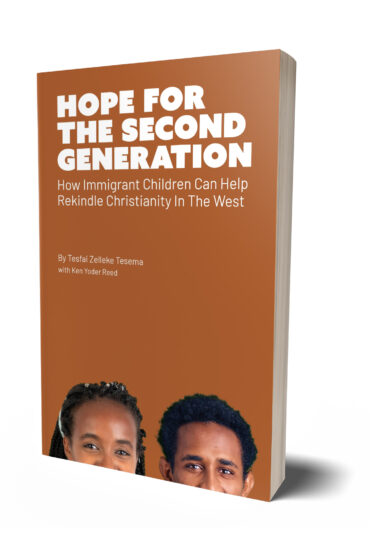 View Gallery
By Dr. Tesfai Tesema In Ministry and Missions

Imagine more Gen 2.0 churches rekindling the flickering light of Christianity in the West.

During the communist regime in Ethiopia in the 1970s, Protestant Christians in underground churches heard prophecies that the Lord would scatter many believers out of Ethiopia to reach the world with the Gospel. In the 1980s, the first generation of Ethiopian and Eritrean immigrants arrived in the West and planted churches in major Western cities.

However, planting churches for their Gen Z and Millennial children came slowly.

Hope for the Second Generation inspires second-generation church planting—a cross-cultural endeavor and the true legacy of first-generation immigrants who still have work to do. The author tells his incredible journey to America, while also sharing four church planting stories that explore:

These deeply personal and relevant stories reveal God’s mysterious ways and His plan to scatter Christian immigrants from the global South to the global North to help re-evangelize the West.

Dr. Tesfai Tesema received his M.Div from Mennonite Brethren Biblical Seminary and was awarded his PhD from Concordia Seminary. He loves coaching and mentoring first- and second-generation pastors and church planters to be effective leaders in local Christian communities. He and his wife, Abeba, live in San Francisco where he pastors a congregation God led him to plant in 2012.